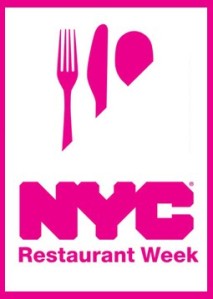 “It’s a Bailey’s with three ice cubes,” she tells me as she inserts a red plastic swivel stick into the short glass and whisks it away on a small silvery drink tray.

“Three ice cubes,” I reiterate, a strain on the three. She gives me a look back as if to say, “You think this request is something? You have no idea!”

My immediate instinct is to contemplate a stint as a server just to gather the stories; it seems movies like ‘Waiting’ could be written every day. Even I couldn’t concoct some of these human behaviors. (And here I thought after an adolescence spent as a ‘server’ at a Staten Island donut shop, I would have a library of stories from which to choose.)

From a unique outsider’s viewpoint with insider’s knowledge, sideline observation of fine dining in New York City provides a wealth of human entertainment. As I observe the public display of luxury food consumption, I always have a pang of guilt thinking of the hungry millions in the world. But alas where would capitalism be without the $40 steak?

“I have one VIP table now and another one coming in later,” she tells me.
“What does VIP mean?” I ask.
“It means they get free stuff,” she explains. “And usually they don’t tip enough.”

Here I am sitting at the bar at another restaurant that’s honored to have my sister as a server. Instead of up on the Upper East Side, this time I’m east of Union Square. Different cuisine, different clientele, blue button-downs instead of white. A new vibe, younger, hipper sometimes, more touristy definitely. But many of the same server frustrations. Same server grunting. Same pissed off expressions on their faces as they walk away from the tables.

The General Manager says hello to me, as do all of the other classifications of managers below him. All the servers stop by to ogle at my newborn that sits next to me at the bar.

No one looks happy – server-wise. I guess no matter how much bank you make – when you’re a servant, you’re not happy. It’s like every servant cliché. They show the pearly whites to the customers (or “guests”) and then as soon as they walk away, their facial expression is as if they want to kill. Whatever. Whoever is in their path. Kill. Murder. Fucker. Hate the World. Because they are in a profession that underlines the class / caste system and their position on it.

The bartender pours me a second glass of Prosecco.

Why don’t the managers smile? They seem angriest. Like they reached the pinnacle of servitude but don’t make the commission in exchange for the fake smiles. They get to tell the servers what to do – but really they’re still just servers. And they’re angry as shit about it.

I wonder how this group of artists came to be servers? How they all converged to this place or this profession? Isn’t struggling to be an artist enough?

More tourists than locals flood this establishment. A famous owner attaches his name and personality to this restaurant, so people come in hopes of catching a glimpse of his red hair.

I watch as my sister darts between tables, to the computer ordering station, to the bar – all with a smile and a hop, skip and a jump in her step. Eager to please, she is a great server and as much as she hates it – I like watching my sister work. She’s in her element and in control of her surround. She’s good at it. She’s smiling and she’s alive.

Here’s a video that made her – and me laugh – hard.

One thought on “Watching My Sister at the Restaurant”