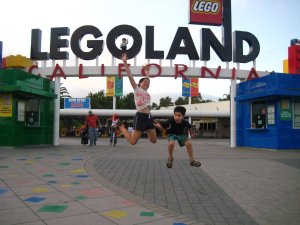 None of those fears came to fruition.

Instead my body and mind became overwrought with how to feed and put this baby to sleep. Babies are about feeding and sleeping and somehow I didn’t think about these things. My good friend gave me two books; one was The Art of Expecting and the other was The Incredible Truth About Motherhood.

The former was a small hardcover book that featured beautiful Sepia photos of pregnant bellies and blonde toddlers frolicking on the beach. The Motherhood book featured a polar bear and cub on the cover. The book, full of black and white photos of animals and their babies, was written by a man who is holding a rabbit in his author’s headshot on the inside flap.

What to Expect When You’re Expecting is like the New Testament to Dr. Spock’s Old Testament. I read it cover to cover and tried to follow its laws. When after what seemed like 24 hours of continuous breastfeeding, my 5-day-old baby was still wailing after I took him off the boob, I decided to put the book down.

A rebel, I decided to go on instinct. Instinct, that is, with a pediatrician’s blessing.

One of the biggest shocks came to me when I realized that our children physically fit us. My newborn son seemed to fit wholly within my small arms; they formed a perfect shield of protection around him. As he quickly grew into toddler-hood, his limbs dangled around my torso and he used to put his warm head onto my shoulder and fall asleep on me; his weight heavier with each breath and his heat transferring directly inside me. He fit completely.

Now he’s 6 and he goes to sleep easily on his own. For the 3 1/2 minutes that we play his goodnight song, John Lennon’s Beautiful Boy, I get to lay down next to him. He used to ask for it; now I ask him for it. He lets me hold him, more akin to spooning than anything else. He tries to fit with me on his twin bed – me and his 13 stuffed animals, 3 pillows and 2 blankets. I am the one that doesn’t fit in. I am the one that needs the cuddling – and he, at 6, is now the man that already gives it to me.

The place where I landed is not where I would have predicted. I am nothing like the mother I imagined I would be and little like my mother was to me. Our generation of mothers is different – with an innate sense of guilt.

We no longer feel like we have the power to say “because I’m the mother, that’s why” to our children. We have to explain and justify everything because we have learned that mothering comes with consequences. I don’t have a fear of screwing my kid up – I just wonder which of the things I do or will do that will be the one that he throws back at me.

The other day when I was picking my son up at school, a mommy was pleading with her blonde, curly-haired beauty. “Please Chloe, just one store. We just have to go for 10 minutes.” And then comes the bribe. “If we go to the store, then I’ll buy you a Webkinz.”

We start bribing our children when they’re babies and then we’re surprised when they start making the demands. We bribe them with Cheerios to stay in the stroller. We entice them with trips to the toy store if we want to run an errand. We breed these children to expect something for everything.

We have taught our children to become reliant and dependent on things rather than people. They cry and we appease them pacifiers instead of the breast. We put them in bouncy seats instead of holding them. We play Cd’s for them instead of singing to them. We play books on tape instead of reading to them. The computer and the Internet’s social networking sites replace friends. Virtual reality games substitute exercise.

I don’t consider my 6-year-old spoiled by any means, albeit others who may judge his toy content may disagree. Yes, he has many luxuries – but he is aware that he is a fortunate boy. He knows that these are lucky bonuses to what life entitles you.

But after I got tired of schlepping books, Lego’s and snacks for every cross-town bus trip, I showed up with a small purse one day. Upon landing the coolest spot on the bus, he says, “What do you have for me?”

And I knew what he meant. He didn’t mean something new – he meant something with which to occupy himself. We have raised a generation of children who have grown dependent on external stimulus for entertainment rather than encouraging our children to use their imagination, their brains for stimulation.

It is our responsibility as parents to expand our children’s brains; teach them to think. Their brains need to be exercised by seeing life, nature, people, creations, dream.

Children need to roll in the grass, explore crowds of ants. Let them dissect a flower, discovering a box of Crayola represented in one petal. Let them chase a squirrel up a tree and find acorns. Let them wrestle down a hill.