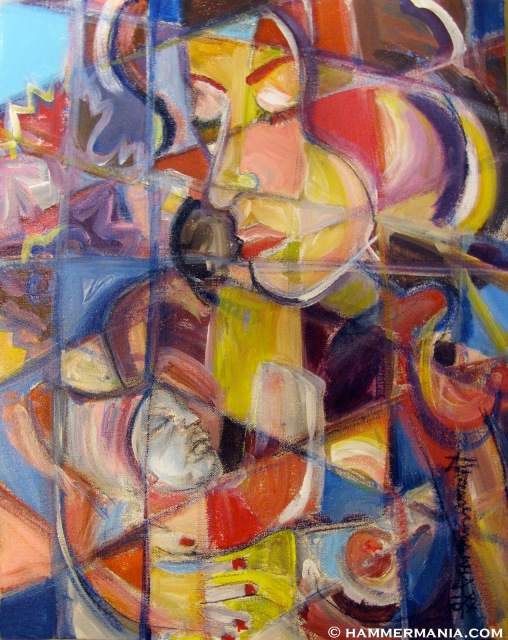 As long as he’s been able to speak, my 8-year-old has been philosophizing, rationalizing and challenging me. He’s not just precocious – he’s insightful, kind and caring. I knew it was just a matter of time before he said something that completely paralyzed my normally loquacious tongue.

We were passively watching David Turtera’s “My Fair Wedding,” and the boy asks me, “If you had a wedding, what would my role be?”

“IF we ever got married, you would have a very special role,” I assured him. “You would walk me down the aisle, maybe. But you don’t have to worry about it, because we’re NOT getting married.”

“Why not?” He countered.

“You know why not,” I answered, reminding him of his comment just a year ago. When we were moving in with my boyfriend of 5 years, he had asked if we were going to ever get married. I had told him the same thing, “I don’t think so.”

“Why do you think I don’t want to get married?” I was curious as to what he thought.

“Well you did it once before and it didn’t work out,” he came back at me, barely a second to think about it. He had just turned 7 years old that week. I was still getting used to not saying “my 6-year-old.” His logic never failed to amaze me.

Here we were about 18 months later and he had quite a different come back to the “never getting married” bit.

“Did you ever think that maybe it wasn’t the MARRIAGE?” He said this in a way that even the most experienced psychotherapist would never have broken it to me.

My mouth hung open. It wasn’t the first time he made me speechless – but it would become one of the memorable ones.

Later that evening I was tucking him into bed. This little man who still slept with dozens of stuffed animals once again turned into my baby. I cozied up to him and held him while John Lennon’s Beautiful Boy played in the background. This was the same goodnight ritual for the last 8 years.

He hugged me and whispered, “Would you want ME to get married?”

“I would want you to do whatever made you happy,” I said so motherly and politically correctly. Secretly I wondered, did I really want him to get married?

“Well, would you want me to take that RISK? Is it worth taking the chance of marrying the wrong person?”

I looked into his soulful brown eyes where wisdom lurked far beyond his years.

“Knowing what I know now, Yes, I would still do it again,” I told him.

“To have me, right?” He understood even more than I did. He has taught me lessons like no other teacher.

“Of course to have you – and to end up right where I am. It’s the road of life; to get to the rainbows, you first have to deal with some rain.” It was cliché and tasted as sour coming out as it sounded. But it was the cold hard truth.

But this boy got me thinking. (Finally!) I was so down on the institution of marriage, yet I wasn’t the type that abandoned dreams. Was I? I wasn’t the type to try something once and give up – or was I? If my excuse of doing it once and screwing it up was my reason for not wanting to get married again, then what kind of lesson was I teaching him?

It’s a frustrating question and an annoying assumption (although one I understand): “So when are you getting married?”

We’re celebrating our six-year anniversary next month; we have a 7-month-old gorgeous baby girl, and we are as happy as we have ever been. (Yes, it sounds nauseating even to me. I knock on wood every single time I even THINK about how lucky I am to be so in love with the man my daughter calls daddy.)

Why do we need to join the marriage club? We made promises to each other that are as valuable as that piece of paper that can [not so easily] be undone. We live as a family and don’t mandate a title that others feel compelled to procure. We are artists that live an nontraditional life; why should we join a traditional institution? Am I just hiding behind a veil of fear in the form of the cliché, “If ain’t broke don’t fix it?” Maybe.

Ironically, (or not so much) I’m a romantic. I want to believe in fairytales – but as I’m knee-deep, living this enchanted life I’ve created for myself, I think, would marriage really make it better?

My imagination just cannot compute that marriage > (is greater than) life today.

One thought on “One Order of Happily Ever After, Hold the Marriage”